A selection of artists from Scotland, London, Austria and the USA who work collaboratively. Transmission Gallery, Glasgow

Dub’L-inTROOder presents a selection of artists from Scotland, London, Austria and the USA who work collaboratively. Collaboration has become an increasingly prominent aspect of contemporary art in recent years, and this gaggle of artists represent a particular strain of the species. All of their work uses and abuses a range of familiar mediums (painting features strongly) alongside newer forms such as video and cybernetic clone technology.
Entertaining and engaging Dub‘L inTROOder invites the viewer to wind down the window and take a trip round a no holds barred, low down drop out safari of the highs and lows of living, working and passing out. Here, there and everywhere.

Bank have worked together collaboratively for almost ten years. The group has gone through a series of mutating personnel lineups, of which Milly Thompson and Simon Bedwell are the latest incarnation. They have operated as artists, curators, gallery owners and tabloid newspaper editors. They recently published a book of their years of struggle and success in the vipers nest which is the London art world.

Beagles & Graham. One time publicity agents for the Lidl food chain, this duo, manufactured elsewhere but basted in Glasgow for some six years now, will be showing new work. They will be exhibiting a replica of their recently acquired studio unit on the Lei Hong Cultural Production Estate, north of Dumbarton.

Paul McCarthy & Mike Kelley. Some time collaborators, Kelley and McCarthy, will be showing one of their celebrated slabs of dysfunctional family life. Taking as a starting point the familiar tale of Heidi, their video projection is a disturbing, perverse, highly enjoyable slab of inverted family values. 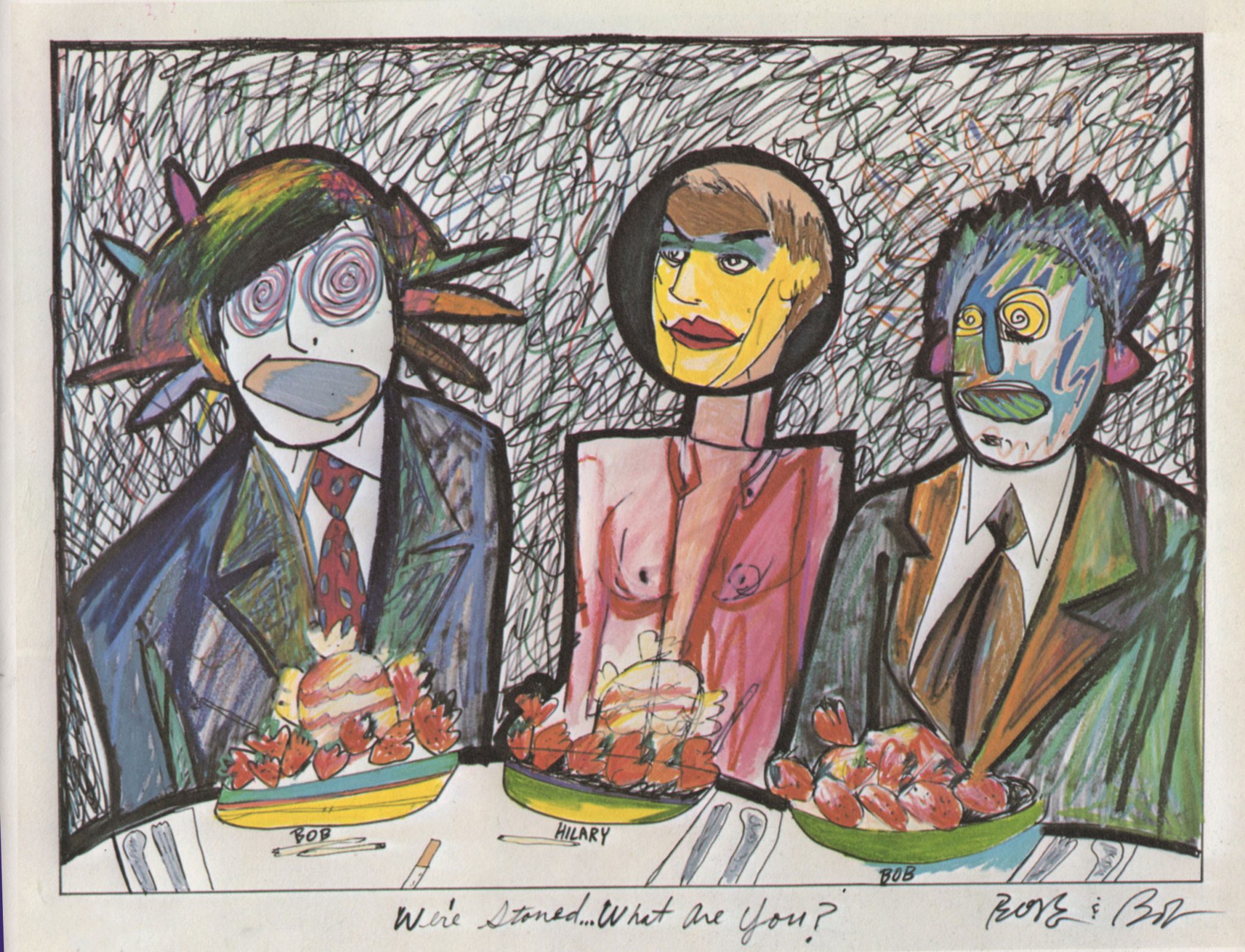 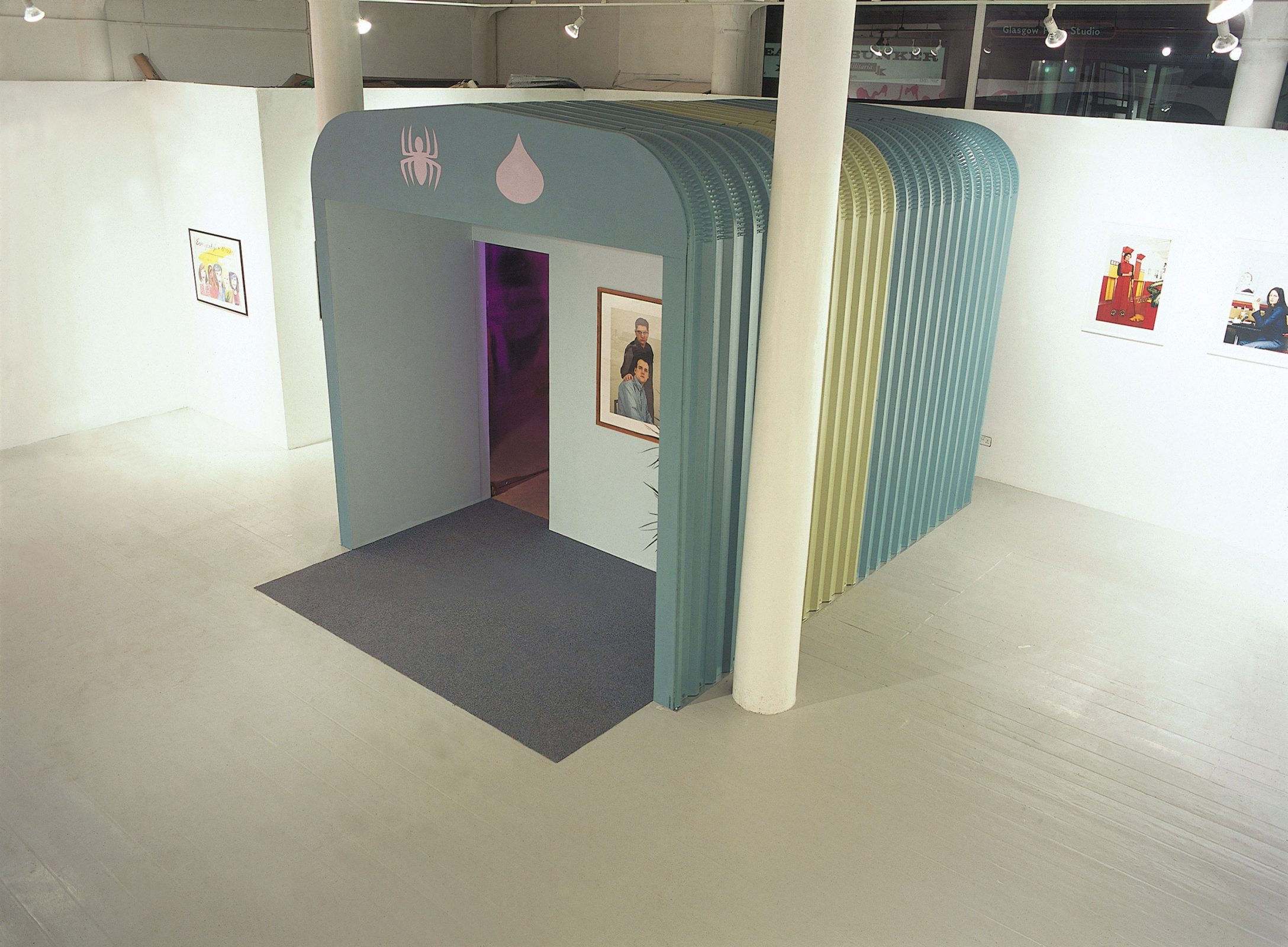 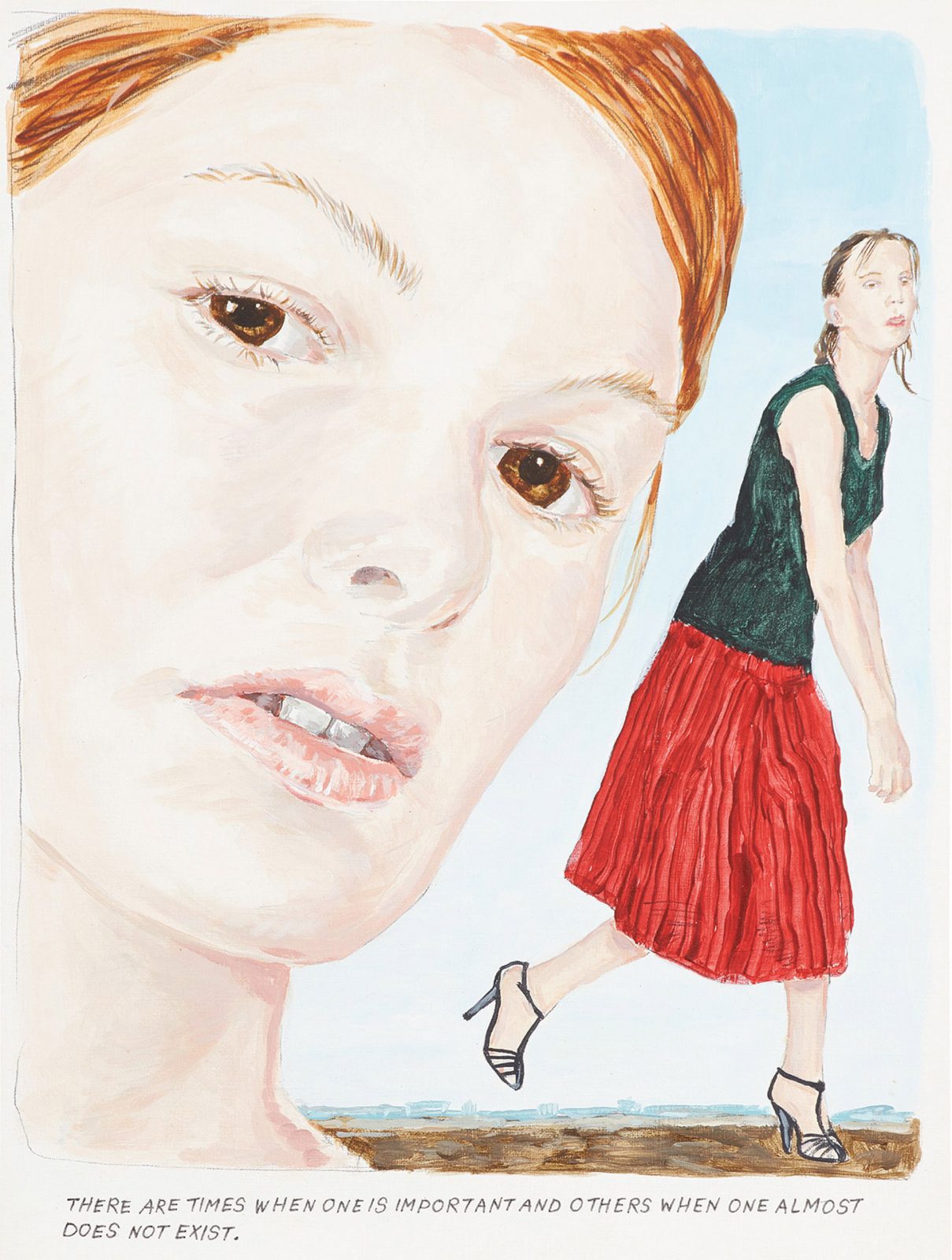 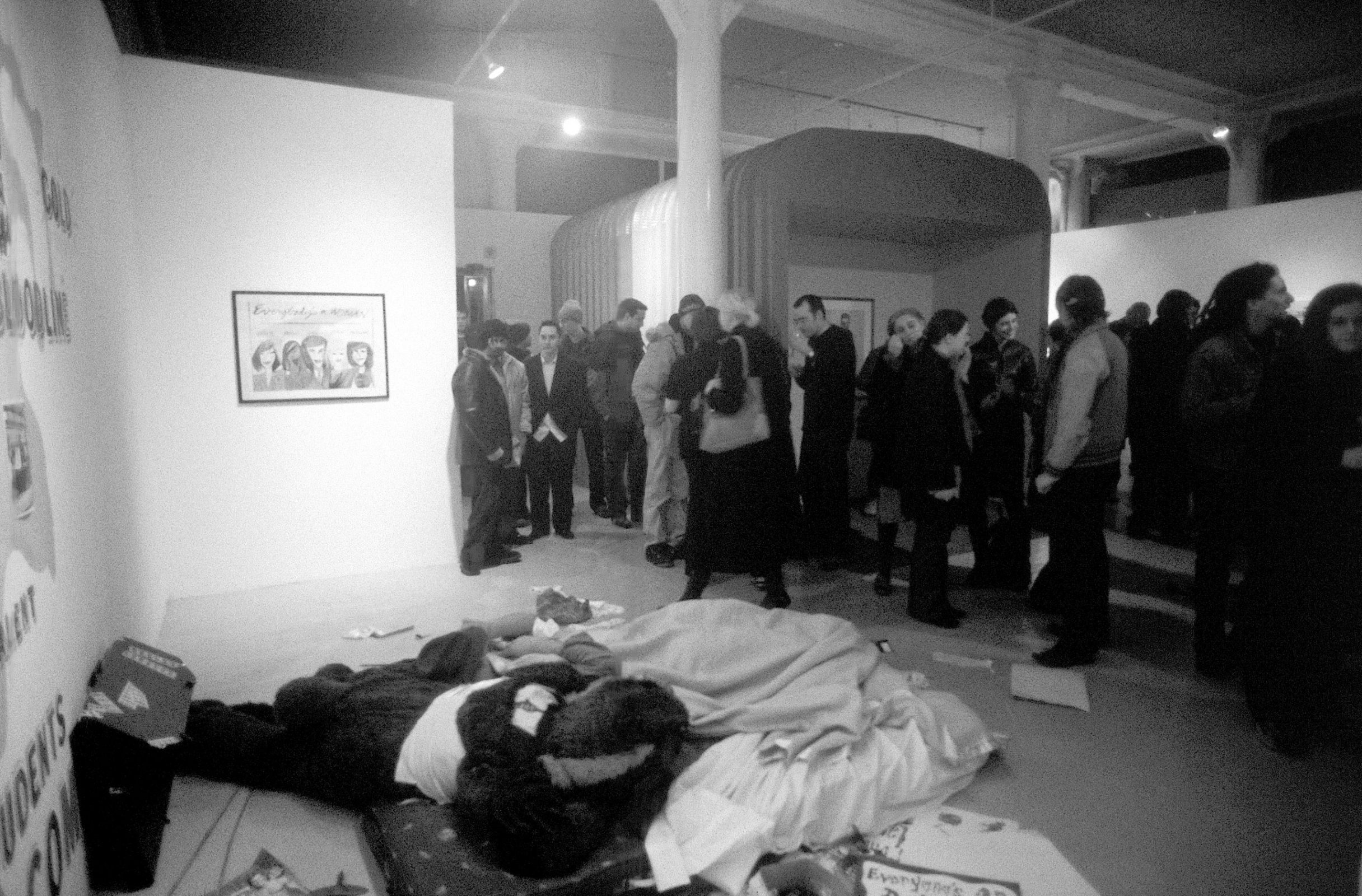 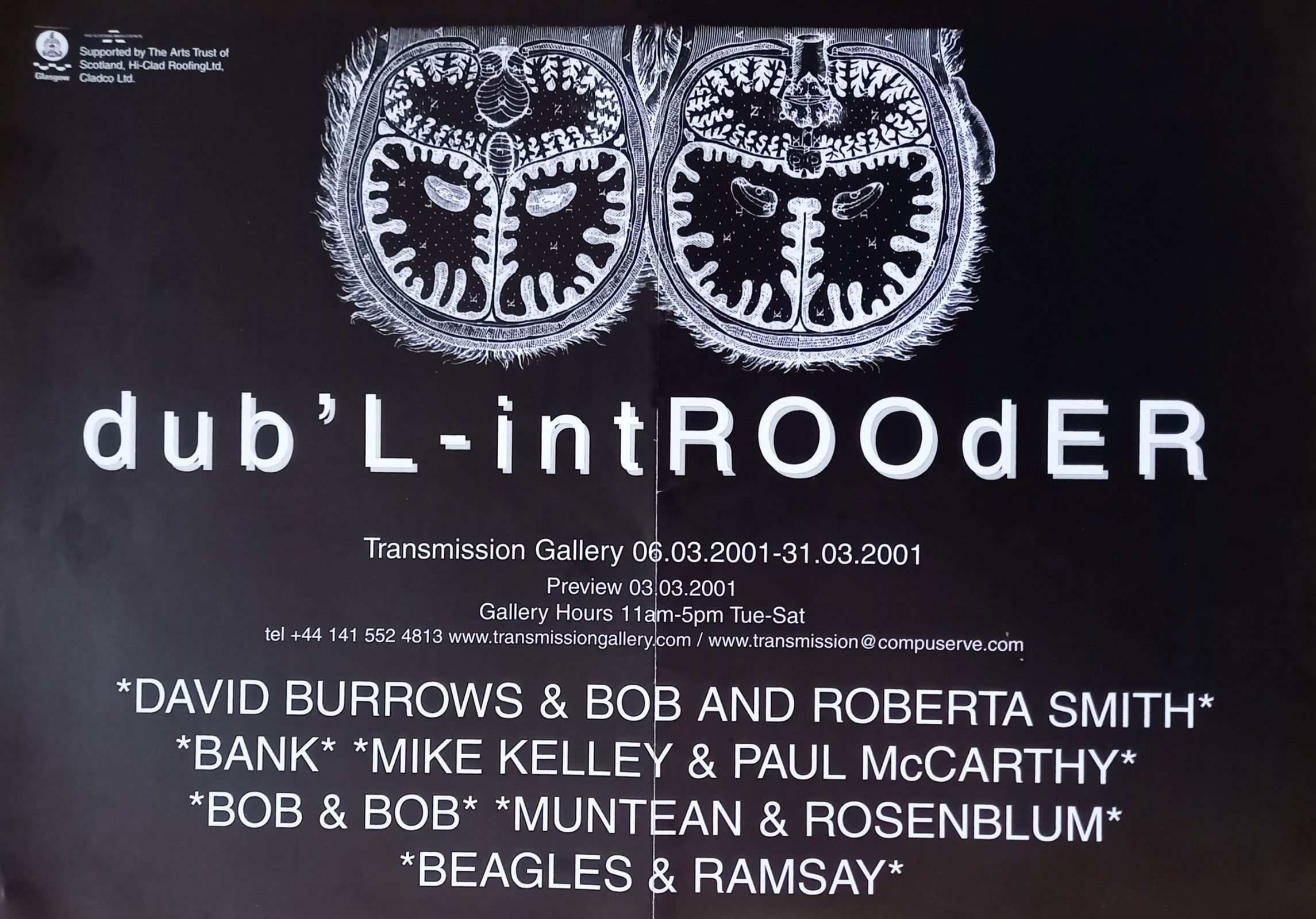